A golden memory of Rajamahendravaram by Raja raja Narendra

06 Sep A golden memory of Rajamahendravaram by Raja raja Narendra 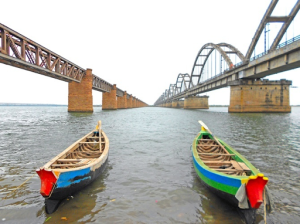 His period was famous for its Social and Cultural heritage. During the time of Rajaraja Chola I, Rajahmundry was devastated by Western Chalukya. The region has seen a war between Western Chalukya and other neighboring dynasties and political support from the Chola dynasty.

History of the city Rajahmahaendravaram

Rajahmundry was established by Ammaraja Vishnuvardhana the First (919–934 AD). The city as a prominent settlement can be traced back to the rule of the Eastern Chalukya king Rajaraja Narendra, who reigned around 1022 AD. Remains of 11th-century palaces and forts still exist

Rajahmundry was run under Dutch rule for some time. the Dutch, 1602 constructed a fort there. In 1857, the British conquered the Dutch. They converted it into a jail in 1864 and elevated it into a central jail in 1870.

Rajahmundry is geographically located at the center of Godavari Districts. There is paddy, sugarcane, and various varieties of flower cultivation in the area. River Godavari flows through the west of Rajahmundry.

The Rajahmundry traps, part of the Deccan Traps, are located on the Godavari river and are particularly interesting to geologists. 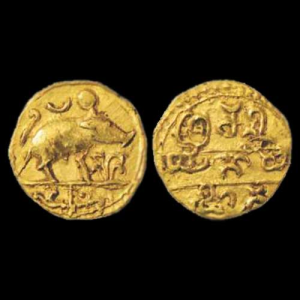 This past August, Rajamahendravaram also celebrated the completion of one thousand years of the coronation of Raja Raja Narendra, who ruled the city in 1022. His regime came to an end in 1061.

Seven gold coins that date back to the Eastern Chalukya dynasty, including the regime of Raja Raja Narendra, are a proud possession of the city.

The seven gold coins are now preserved at the Rallabandi SubbaRao Archaeological Museum by the archaeological department.

Of the seven gold coins, only one is big in size compared to the others.

The big coin contains the image of ‘Varaha’ (boar), an official symbol of the Eastern Chalukyas.

It is believed to be minted marking ‘some donation’ by the Eastern Chalukya.

But there was no evidence of the location of the coins.