Action Plan for Introduction of Cheetah in India

13 Aug Action Plan for Introduction of Cheetah in India

Action Plan for Introduction of Cheetah in India 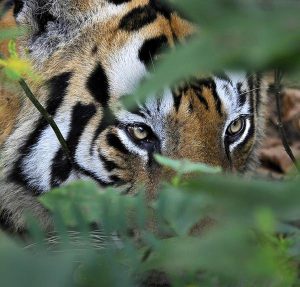 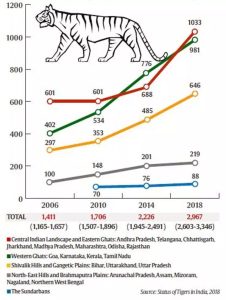 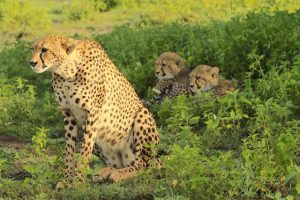 India plans to restore the only large carnivore, the Cheetah, that has become extinct in independent India.

This endeavor will achieve the following goals and objectives:

Establish viable cheetah metapopulation in India that allows the cheetah to perform its functional role as a top predator and provide space for the expansion of the cheetah within its historical range thereby contributing to its global conservation efforts.

Need for Tiger Conservation: Tigers are at the top of the food chain and are sometimes referred to as “umbrella species” that is their conservation also conserves many other species in the same area. The Tiger estimation exercise that includes habitat assessment and prey estimation reflects the success or failure of Tiger conservation efforts. More than 80% of the world’s wild tigers are in India, and it’s crucial to keep track of their numbers.

Objectives of the project are-

The introduction of the cheetah is not only a species recovery program but an effort to restore ecosystems with a lost element that has played a significant role in their evolutionary history, allow ecosystems to provide services to their full potential, and use the cheetah as an umbrella species for conserving the biodiversity of grasslands, savanna and open forest systems.

The word Cheetah is of Sanskrit origin and the cheetah finds mention in the ancient texts such as the Vedas and Puranas; it is indeed ironic that the species is currently extinct in India. The original threats that resulted in the extinction of the cheetah have been abated and India now has the technical and financial ability to bring back its lost Natural Heritage for ethical, ecological, and economic considerations.

Successful conservation introductions are a blend of best science, technology, sociological aspects and commitment of financial resources. These aspects are integrated in this Action Plan based on the modern scientific approach recommended by the latest International Union for Conservation of Nature (IUCN) guidelines for reintroduction and other conservation translocations, providing the framework for bringing back the charismatic cheetah to India.

Status of Tigers in India – Findings Based on Census Report 2018

India and other countries have taken various measures for the conservation of Tigers. Given below are a few such measures: