Cheetah from Namibia set to reach in sept: union minister

India is reintroduction 6 to 8 cheetah to the kuno-palpur in Madhya Pradesh, translocating from Namibia, these are African cheetah

Recently, the Union Minister for Environment, Forests, and Climate Change launched the ‘Action Plan for Introduction of Cheetah in India’ under which 50 of these big cats will be introduced in the next five years.

Background of the news

The Asiatic cheetah become extinct in India in 1948. Why so? 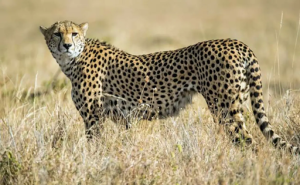 Cheetahs are the only carnivore to have gone extinct in India. The main reason for the extinction of cheetahs is hunting and habitat loss due to the rapid growth of industrialization in that era by the British government.

It is being recorded that the last three cheetahs were killed by the maharajah Ramanuja Pratap Singh Deo of Surgunja state,koriya district now in Chhattisgarh in 1948

And in 1952, the Indian government officially declared the extinction of cheetahs in the country. It was also found in the book of historians of the medieval era, that the Mughal emperor Akbar, who reigned from 1556 to 1605, collected 9000 cheetahs for coursing. 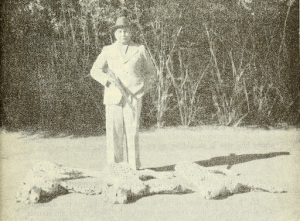 Even some British policies were responsible for the extinction of the cheetah in India.

The Asiatic cheetahs are extinct in India, Iran, Central Asia, Afghanistan, and Pakistan. African cheetahs are vulnerable Asiatic is critically endangered with  Iran having left with only 12 Asiatic Cheetahs in the Country.

The state wildlife board of Andhra Pradesh was the 1st who suggested the Indian government reintroduce cheetahs in India in 1955 on an experimental basis.

But, the attempt to bring cheetahs to India was revived once more in 2009, after a number of sites were checked and at last, Kuno-palpur was chosen as the most suitable for the reintroduction of cheetahs in India.

Finally, after 70 years, the cheetah will be welcomed by the Konu-palpur of Madhya Pradesh, India which will be the only wildlife protected area in the world to host all four major cat species,i.e.

On their arrival, the cheetah will be kept at the enclosure in  Mukundara Reserve in Rajasthan. Keeping, and breeding cheetahs in captivity is against the law in Namibia, so they can hunt in the wild. 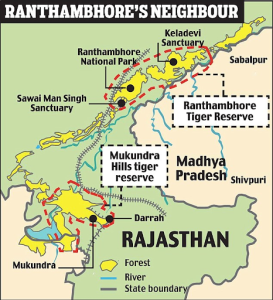 The other sites recommended for holding and conservation breeding of cheetah in India, in controlled wild conditions are:

The animals will be maintained in 3-4 metapopulations with Kuno-palpur getting 6-8 cheetahs. The male cheetahs will be released prior to the female cheetah. This will prevent males from wandering away. Over 3 -4 years, we will acquire 50 cheetahs from South Africa and Namibia.

What is the national tiger conservation authority (NTCA)?

The National Tiger Conservation Authority (NTCA) has been constituted under section 38 L (1) of the Wildlife (Protection) Act, 1972.

The authority is consist of

the authority is structured as the Minister in charge of the Ministry of Environment and Forests ( as Chairperson),

the Minister of State in the Ministry of Environment and Forests (as Vice-Chairperson),

three members of Parliament, the Secretary,

Ministry of Environment and Forests and other members.

The National Tiger Conservation Authority (NTCA) inked a memorandum of understanding (MoU) with Indian Oil Corporation to relocate cheetahs from Africa to India, under Project Cheetah.

NTCA is the nodal agency authorized by MoEF&CC for funding, supervision and hand holding. Indian Oil will contribute its CSR funds to NTCA, which shall coordinate with the State Govt. of Madhya Pradesh and other agencies involved in the project.

What will be the benefits of the reintroduction of cheetahs in India?

There will be higher protection status in the Kuno-palpur national park as the whole world keeps an eye on it.

There will be a boost in the entire ecology

The project will create tremendous opportunities for ecotourism.