What are they, and how are they different?

How common are these floods and normal floods? 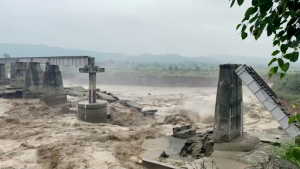 As stated by the Indian geologist there is one way of dealing with the current situation is a comprehensive strategy of monitoring the ground in hilly areas, planning development works in a way that is sensitive to the region’s ecology, and mitigation to reduce the extent of damages.