Gig Economy and Its Impact on the Indian Economy

The topic talks about how the Gig Economy impacts the Indian Economy.

According to the Code on Social Security, 2020 (India), “A gig worker is a person who performs work or participates in work arrangements and earns from such activities, outside of the traditional employer-employee relationship”. Gig workers include contract firm workers,  independent contractors, online platform workers, and temporary workers.

What is GIG ECONOMY? 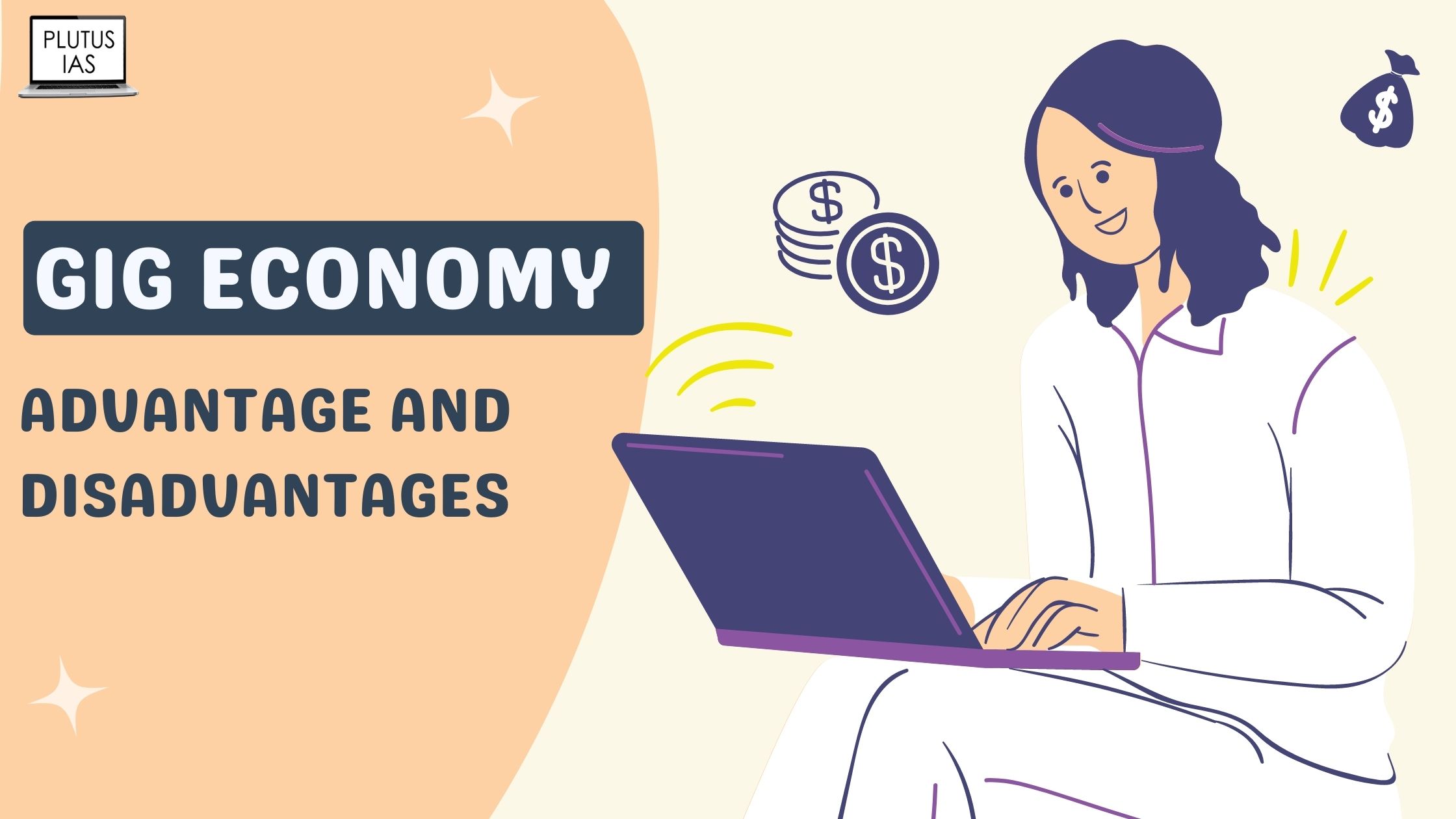 INDIA AND THE GIG ECONOMY

NITI Aayog has proposed a five-pronged RAISE approach to ensure the realization of full access to social security for all gig and platform workers.

Current Affairs are an important part of gaining knowledge of Social, Economical, Political, and Geographical knowledge. It is the main source of acquiring important news of the Social and international world. Today, Every aspirant should collect the latest and best daily current affairs from Plutus IAS and read them properly.