Relevance for Prelims: The news descibes how Indo-China Border Dispute at Torsa Nala Yangtse Impact on Indian Polity and Governance.

In News: Recently, Chinese forces attempted to unilaterally change the situation along the Line of Actual Control (LAC) in the state of Arunachal Pradesh. In the upper reaches of Arunachal Pradesh’s Tawang sector, in a place called Yangtse, soldiers from the two sides engaged in combat. China has erected a ropeway close to Torsa Nala on either side of the tri-junction between India, Bhutan, and China. 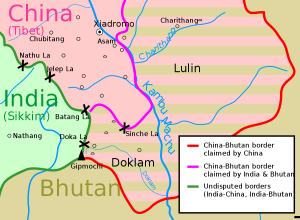 The Torsa River, which is sometimes spelled Torsha and goes by the names Kambu Maqu, Machu, and Amo Chhu, originates in Tibet, China, in the Chumbi Valley. It enters Bhutan, where it is referred to as the Amo Chu. It eventually flows into West Bengal, Bangladesh, and India, where it is known as Torsa. 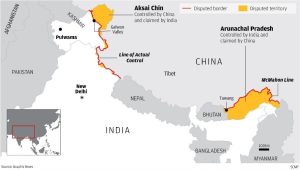 Siachen Glacier is situated on the:

a) East of Aksai Chin

b) East of Leh