Details on the topic “Protecting India’s Cyberspace from Quantum Techniques”

No one can acknowledge the information

The sender and receiver can confirm each

The types of cryptographic techniques used in general.

What are the current encryption models with the Indian Army?

Indian Army needs the upgradation in the encryption model 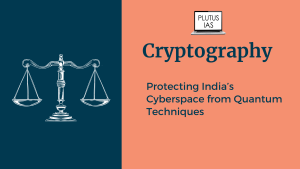 What are quantum computers?

How to make India’s cyberspace resilient?

Active participation in the Open Quantum Safe Project, a global initiative started in 2016 for prototyping and integrating quantum-resistant cryptographic algorithms.

Focus on Implementation and Indigenization

It will ensure secure communications whilst protecting key intelligence from potential quantum cyberattacks.

Diplomatic partnerships with other “techno-democracies”