Recently, statuette Activist-author Annabhau Sathe is unveiled by Devendra Fadnavis in Moscow. The unveiling of the statuette is a part of the celebration of 75 years of independence of India, and also to celebrate India –Russia’s relationship. 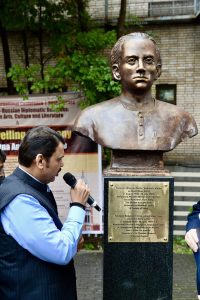 His journey from a laborer to an author

The popularity of his work

The Russian connection of Annabhau Sathe

What was the reason behind the statue in Moscow?

Also, get the weekly and monthly current affairs for IAS exam preparation: