The conservation of African Cheetah : An Analysis in special context to  environmental Challenges

21 Mar The conservation of African Cheetah : An Analysis in special context to  environmental Challenges

Context : Government of M.P has decided to bring vulnerable African Cheetah from the African savanna to Kuno national park . But environmentalists are upset with this plan because they think that arrival of the African Cheetah would bring ecological disbalance because African cheetahs who are more used to the savannahs of that continent would adopt the atmosphere of India or not . This is the key concern of the environmentalist 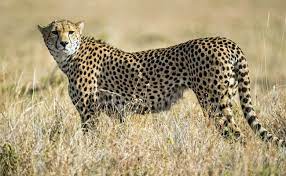 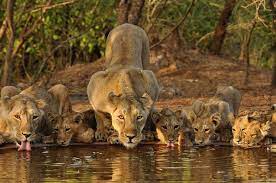 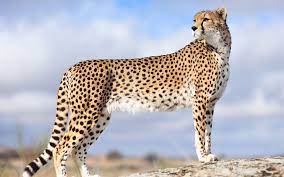 The Indian Government is in touch with some African countries to bring African Cheetah in India (mainly in Kuno national Park ). Since Indian Cheetahs are continuously disappearing and only few Cheetahs are left . earlier   India has been a biggest habitant for the Asiatic Cheetah . India had a very wide and diverse  distribution of Asiatic Cheetah . Cheetah’s habitat was favoring the more open habitats: scrub forests, dry grasslands, savannas and other arid and semi-arid open habitats. But because of the capturing of Cheetah from the Jungle the number of Cheetah continuously reduced which  reduced levels of genetic heterogeneity due to a historical genetic bottleneck resulting in reduced fecundity and high infant mortality in the wild, its inability to breed in captivity, ‘sport’ hunting and bounty killings are the major reasons for the extinction of the Asiatic cheetah in India.

Therefore the Government of India has decided to Bring African Cheetah for the permanent habitation here . But the question remain whether those Cheetah would survive here in heterogeneous atmosphere

Extinction of cheetahs in India

Cheetahs have been found in India for thousands of years . From the 16th century onward, we see the record of the  Indian Cheetah. There is several pieces of evidence regarding the interactions of the humans with cheetahs during the medieval period. However , up to the time of British rule , the sufficient Indian Cheetah remained . But , from the time of the colonial period because of the deforestation and the hunting and capturing of Cheetah , these Cheetahs started to disappear . The British added to the woes of the species by declaring a bounty for killing it in 1871.

It is reported that the Mughal Emperor Akbar had kept 1,000 cheetahs in his menagerie and collected as many as 9,000 cats during his half century reign from 1556 to 1605. As late as 1799, Tipu Sultan of Mysore is reported to have had 16 cheetahs as part of his menagerie. It is recorded that the last cheetahs were shot in India in 1947, but there are credible reports of sightings of the cat till about 1967.

However, the Government has decided to bring African Cheetah to increase the number of Indian Cheetah and the Cheetah . But this project is not based on the border study of scientific evidence . Science is a tool based on logic . But This project seems as a compulsion of the supreme court order , constraints and academic rigor.

However , during the period of Indira Gandhi , the project regarding the establishment and inhabitant of Indian Cheetah after stating that it is better to conserve lion and tiger of India rather than investing money and energy in those species whose conservation possibilities are almost zero.

In 2013, In fact Supreme court had quashed plans to introduce African cheetahs in India and more specifically at Kuno national park in Madhya Pradesh. Kuno is already a declared reserve for leopards, tigers and the lions which are predators as ordered by the Supreme court in 2013. Then the new habitant of the African Cheetah in India would be problematic for African Cheetah . Dozens of the predator species are facing the problem and the more attention for their conservation is needed   a small number of cats at very few sites cannot meet the stated goal of performing its ecological function at any significant scale to have real on ground impact.

The project will be cost effective

This project , definitely be cost effective, efficient, speedier and more inclusive ways to conserve grasslands and other open ecosystems of India.

The government seems very serious about this project of the restoration and protection of these habitats therefore the Government has to expend more money to establish the required environment . It first needs to remove grasslands from the category of wastelands and prevent further degradation, fragmentation and destruction of these habitats. Investing directly in science-based restoration and inclusive protection of these ecosystems will yield results much more quickly and sustainably than the introduction of African cheetahs.

Another goal of the government is to reduce carbon emission in those conserved regions . Which would also be very expensive . Approximately more than 40 crore rupees would be expanded however African Cheetah contains the risk of diseases for the attendance. Still the cost has not been included to counter these diseases .

Finally the Government is ready to receive these Cheetahs from Namibia .  Negotiations are currently underway to finalize the MoU and it is expected to be signed by the end of March. These cheetahs are being provided  by the Cheetah Conservation Fund, an NGO.