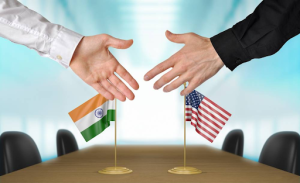 Multinational companies are operating across multiple countries/tax jurisdictions nowadays in the age of globalization. Many times they are supposed to pay taxes in two countries,  one where they are registered and another where they are operating their businesses On the same income. This is creating the incidence of double taxation, Which has also  led to the misuse of certain loopholes in the taxing laws of different countries.

The foreign investors/shareholders  are also facing the burden of a similar  double taxation problem.

The governments across the world have traditionally seen this as their losses in tax revenue.

Any country has its own international taxation laws which can be broadly divided in two.

First, when the income is earned in a foreign country by the resident individuals or domestic companies,  means in respect of India the Indian company or Indian citizen has earned  income outside the country.

On this income India can also take tax and the country in which this income is earned,  obviously will take tax.

This dual taxation hinders the flow of capital and demotivates the foreign investment. To avoid this the two governments enter the treaties of double taxation avoidance agreement. Under double taxation avoidance agreement, an individual (shareholder) or company will  either pay taxes to only one country ( source of income country) or will be eligible for the credit (Input tax credit to be given by the source country) on taxes paid by the resident country On the same income.

This rationalization in the taxation system is helpful in income tax recovery in both the countries, along with a rational and equitable allocation of  taxing rights over a taxpayer’s income  between two countries. This kind of agreement potentially promotes free flow of investment, technology and International trade; and enhances the transparency.

There are various relief mechanismTo avoid the incidence of double taxation.

Section 90/90A of the Income Tax Act, 1961 contains provisions granting foreign tax credit under DTAA. When there is an agreement between two countries, relief is calculated according to mutual agreement between such countries. Bilateral relief can be granted by either of the following methods:

Some countries provide relief of taxes paid in the source country without any treaty between those two countries. This kind of relief is known as unilateral relief. In India, unilateral relief from double taxation is provided to Indian residents under Section 91 of the Income Tax Act.

India has also concluded various Social Security Agreements (SSAs) to ease the social security obligations on cross-border / international workers. Under these SSAs, incentives such as detachment, exportability of pension, totalization of benefits, and withdrawal of social security benefits are available.

Here we mention all information about What is Double Taxation Avoidance Agreement- Today Current Affairs.