The topic is based on Delhi Air Pollution. The article tells how the Center helps to set up paddy straw pellet units to curb stubble burning and reduce the pollution of Delhi.

The Ministry of Environment has announced financial aid to industries to establish paddy straw pelletization and torrefaction plants. The Government has set aside Rs.50 crore for it. With increasing cases of stubble burning being witnessed in Punjab and Haryana and the onset of the winter season, the scheme is aimed to lower the rising air pollution in Delhi while at the same time converting “waste to wealth” and ensuring a “Clean India” 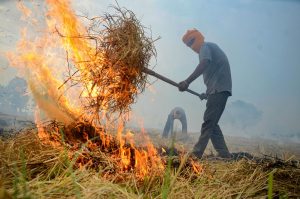 REASONS FOR AIR POLLUTION IN DELHI

Promoting the use of bio-decomposer