The topic is based on Science and Technology. The world is facing a Semiconductor shortage. India is trying to make a contribution to make up to fulfill the Global Semiconductor Shortage.

The Semiconductor Industry is facing severe semiconductor shortages worldwide for almost a year due to limited supply. Semiconductor chips are a vital component in a wide number of industries like the automobile sector, electronic goods, etc. As a result, the shortfall has crippled many crucial sectors. The current issue is exacerbated by the fact that the production process is itself complex, expensive, and time taking and hence no immediate respite can be seen.

A semiconductor is a material that conducts electricity more than an insulator (ex. glass) but less than a pure conductor (ex. Copper or aluminum). It is mostly made of silicon. They are also called chips and are found in a great number of products such as computers, smartphones, electronic gadgets, and aviation and medical equipment. 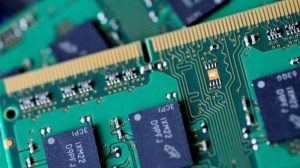 There is a need to establish a few successful units, to begin with, which can be increased to more in upcoming years. Both State and Central governments should come forward to provide infrastructure and long-term incentives. Scaling up our production will not only reduce our import dependence but also establish India as a potential player in the supply of chips to the global world. Fiscal support and fixing the supply chain should be the immediate task at hand. Further, India needs a dedicated semiconductor policy and not occasional reimbursement schemes.

Read weekly and monthly Current affairs from your sites: