Relevance for Mains: Impact of cultivation of GM Crops, Need of GM Crops

Context: The government in an affidavit informed Supreme Court that country is already importing GM edible oil, so any fear regarding the cultivation of edible GM Crop.

More in the news:

The Genetic Engineering Appraisal Committee (GEAC) has approved seed production of GM Mustard. (Refer to the previous article if you want to understand about GM Mustard (DMH-11)- https://plutusias.com/genetic-modified-crops/ 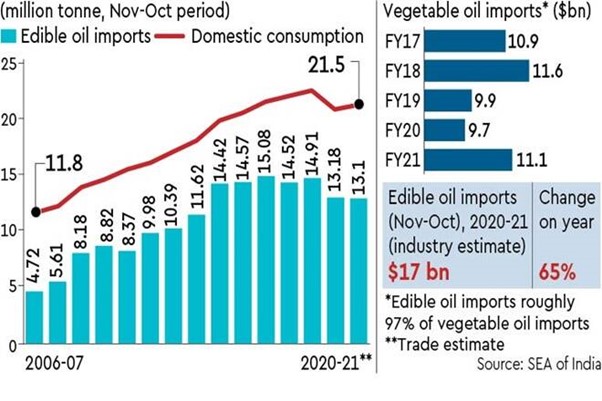 Which of the statements given above is/are correct?

Q2- Among the agricultural commodities imported by India, which one of the following accounts for the highest imports in terms of value in the last five years? (UPSC Prelims Question 2019)
(a) Spices
(b) Fresh fruits
(c) Pulses
(d) Vegetable oils