Context : After the Sino India war in 1962, the Indian army was confronted with the problems of the bodies of around 190 Indian soldiers lying in the areas around 8-16 km inside the Chinese claim line in Ladakh 1960. In Aug 1963 , Chinese agreed to carry out the cremation and hand over the ashes to the Indian red cross; however , Indians were not allowed to participate during the ceremony . At Rezang La and Gurung Hill PLA buries the body of Indian soldiers – wooden post with the inscription in Chinese and and English “The corps of Indian Invaders. In Fact the purpose of this post was to claim over these areas in future negotiations

What is Depsang Plain : The Hindu Analysis 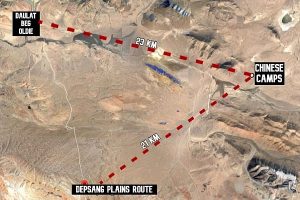 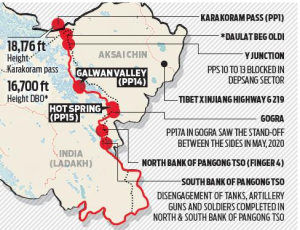 In fact India is facing the threat from China in the Ladakh region also and China is continuously adopting its aggressive policy against India . The statement given by our honorable prime minister Narendra Modi during the All Party meeting in 2020 that nobody entered the region of India was a big blunder. India can not afford another repeated big Blunder. Definitely Government should definitely raise appropriate steps to tackle such problems .

In this article we mention all information about Strategic Significance of Area of Depsang (Ladakh Border)  Today Current Affairs.