The Issue of Evergrande and the related developments

Home > Current Affairs  > The Issue of Evergrande and the related developments

30 Oct The Issue of Evergrande and the related developments 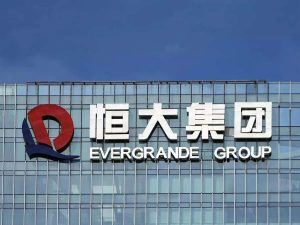 CONTEXT : The Evergrande Group, China’s construction giant, was in the news about a month ago as it ran out of money, and had no options to get more loans or overdrafts, and had almost $310 billion worth of liabilities and several angry lenders, suppliers and home buyers wanting clear answers that did not seem to come from anywhere.

How Evergrande reached the current situation ?

China’s spectacular rise so far is based on two pillars of exports and infrastructure:-

Chinese youth are also angry because of the unavailability of jobs.

In Chinese market society the corruption and cronyism are rampant and the distribution of social goods does not come first.

YES, as the country has ambitious twin targets of expanding urbanisation and increasing domestic consumption as expressed in the Dual Circulation strategy.

Today, China’s construction sector directly accounts for 7% and along with allied industries accounts for close to 17% of the country’s GDP.

So, the role of the construction sector is critical in terms of employment, wealth creation, contribution to tax, and in terms of the overall expansion of the urban middle class.

The CPC already finds it hard enough to make the Chinese middle class spend its money since it is a savings driven class. Any sign of contraction may drive the middle class away from consumption and that may indeed be a bad sign for the economy.

China consumes 50% of the global steel and cement production. So the Evergrande crisis have global implications.

The Evergrande crisis is significant, with answers linked to the Communist Party of China’s political and social outlook.

Is it possible then that this is actually a party-engineered crisis to assert Chinese centrality for the world economy?

Answers of all these questions are awaited…..