Understanding Cryptocurrency and its Surged Demand along with the challenges it poses to the Sovereign Governments (GS 3, Economics, The Hindu, Indian Express)

Home > Current Affairs  > Understanding Cryptocurrency and its Surged Demand along with the challenges it poses to the Sovereign Governments (GS 3, Economics, The Hindu, Indian Express)

27 Oct Understanding Cryptocurrency and its Surged Demand along with the challenges it poses to the Sovereign Governments (GS 3, Economics, The Hindu, Indian Express) 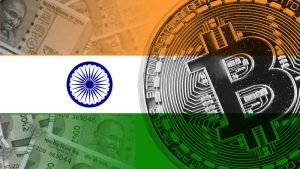 News/Context: Bitcoin, the most popular private cryptocurrency in the world, has been rallying this year, hitting an all-time high of over $66,000 last week. Many investors have been piling into bitcoin and they expect the bull run to continue. According to some estimates, over 10 crore Indians own cryptocurrencies, making India the country with the largest number of bitcoin holders in the world. India has recently also witnessed a number of bitcoin brokerages opening their doors to serve customers.

What actually is Bitcoin or any other Cryptocurrency: To understand the concept of bitcoin we have to understand the concept of money first. Modern money is basically paper currency which is issued by the Central Bank of every country. Any paper currency will be there first with the central bank.  After that it moves out and circulates. The circulation of money actually is its journey. In its journey it goes from one hand to another and in parallel with that the goods and services are created. For example if A gives some money to B, B would have done something for A, which means B would have created some goods or services for A against the payment she has received. So it is like one chain in the journey of money. Now the same money will go from the hand of B to anybody else and  in parallel goods or services would be created. This is like another chain in the journey of the same money. This is what we need to understand that every money has a history of transaction. If you have one 500 rupees note,  this 500 rupees note has a history of exchange. So can we say for a moment that the history if recorded is nothing but the money itself? Yes, in the case of cryptocurrency, actually all transactions which are taking place are recorded online and this online record itself is the currency. It is called Crypto  because all exchanges which are recorded are encrypted/coded. Because of this coding nobody can come to know who has  transferred the  cryptocurrency to whom against what kind of goods and services. Thus the cryptocurrency is nothing but an online record of all exchanges which is encrypted. The online encrypted record of exchange in itself is money here.  The technology behind the online record of transactions is Blockchain Technology.

Because of the fact that it is encrypted, the government or anyone else can never come to know who owns the cryptocurrency. Thus few people with the intention of tax evasion hide their income and wealth in cryptocurrency. It means they won’t be keeping other assets like cash, bank deposits, real estate property or gold. This is one of the major reasons why demand of the  cryptocurrency like Bitcoin has surged and its value has increased manifold in recent times. At the same time the cryptocurrencies are challenging the fiat money issued by the sovereign governments. Bitcoin, Ethereum, Ripple, Litecoin, Dogecoin are some examples of cryptocurrency.

Why is bitcoin gaining traction in India?

Bitcoin and other cryptocurrencies have been growing rapidly in India despite the pessimism of the Centre and the Reserve Bank of India (RBI). In 2018, the RBI had banned banks and other regulated financial entities from dealing with clients who handled private cryptocurrencies such as bitcoin. However, the Supreme Court last year overturned the RBI’s order. This has cleared some of the uncertainty around the legal status of cryptocurrencies and contributed to the rapid rise in their trading volumes. Notably, trading volumes in popular crypto exchange platforms such as WazirX grew multi-fold last year within weeks of the Supreme Court’s decision.

CoinSwitch Kuber, CoinDCX, Zebpay and BuyUCoin are some of the other more popular platforms that have come up to facilitate retail trading in cryptocurrencies. CoinSwitch Kuber and CoinDCX have in fact managed to achieve unicorn status with their valuations crossing the $1-billion milestone recently. These companies have bet on India despite looming regulatory uncertainties as they see huge potential for growth in a market with a predominantly young population. Blockchain, the technology that underlies many cryptocurrencies, has also found favour among celebrities such as Amitabh Bachchan and Salman Khan. These stars plan to launch NFTs (non-fungible tokens) to sell memorabilia that will carry their exclusive digital signatures validated using blockchain technology.

What lies ahead for private cryptocurrencies?

The biggest threat to private cryptocurrencies going forward will come from governments. At the moment, governments possess an absolute monopoly over the issuance of money within their territories. This allows them to enjoy various special privileges that they would not otherwise. For instance, with the help of the central bank, they manage to fund their increasing budget deficits. Central banks also use their control over the nation’s money supply to manage aggregate demand in the economy. All such privileges that governments currently enjoy along with their central banks, however, would cease to exist in a world where private currencies actively compete against fiat currencies issued by the state. In such a world, people can readily switch to other competing currencies if they believe that their wealth held in a certain currency issued by a central bank is losing value rapidly. As more people refuse to accept currencies issued by the central banks, this will limit the spending powers of governments and their central banks. So it is highly unlikely that governments will allow private cryptocurrencies to flourish as alternative money. While national currencies at the moment do compete against each other, such competition is limited to a great extent by geographical and other barriers.

It should be noted that the Supreme Court had overturned the 2018 RBI order saying that under existing laws the RBI does not have the powers required to restrict individuals dealing in cryptocurrencies. However, this does not put an end to the primary uncertainty over the legal status of private cryptocurrencies. The Centre may well pass a new law that either completely bans or heavily restricts private currencies. China has already deemed all private cryptocurrencies as illegal and banned them. It soon plans to issue a Central Bank Digital Currency that is based on the same blockchain technology on which private cryptocurrencies work. More governments may adopt the same approach in the coming years.