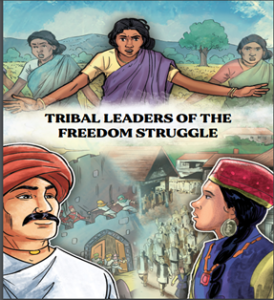 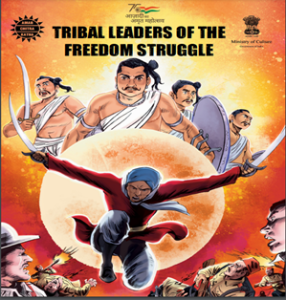 Ministry: The Ministry of Culture has released the third Comic book on stories of 20 Tribal Freedom Fighters  at the Tiranga Utsav celebration in New Delhi.

On the occasion, Union Minister for Home affairs and Cooperation Shri Amit Shah, Union and Minister of State for External Affairs, Smt Meenakshi Lekhi were present.

Collection of Stories: This collection of stories recalls the sacrifices of some of the bravest men and women who inspired their tribes and gave up their lives to fight British rule

Related Event: The Ministry of Culture as a part of Azadi Ka Amrit Mahotsav (AKM) has released pictorial books on 75 freedom fighters in collaboration with Amar Chitra Katha (ACK) to create awareness among the youth and children about the supreme sacrifice and patriotism of our lesser known heroes of freedom struggle.

The first ACK Comic book on India’s 20 Women Unsung Heroes and Second Comic book on stories of 15 Women elected to the Constituent Assembly has been released earlier.

The tribal freedom fighters, who were unsung heroes of freedom struggle,  and whose stories have been included are as follows: