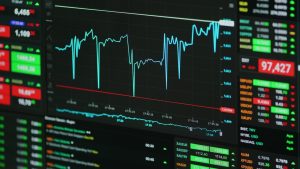 Context : While reading news of the economy section in almost any newspaper or elsewhere we go through market news reading like Sensex moving up or showing bullish trends or Nifty witnessing fall or forming a bearish trend, etc. What are all these about or how it affects the economy, who gets the gain or how the companies whose shares are traded would be affected by bullish or bearish trends? In this article we will be understanding the dynamics behind.

Business Organizations/Companies/Corporations/Firms need funds to run their business activities. Apart from banks and their revenues from business activity, there are other ways of generating funds too. One of the ways is to issue shares (IPOs & FPOs) in the market to the public. Lets understand the fund raising process with an example. Supposedly a private limited company X has issued some shares to the market/public for the very first time. These shares will be called as IPOs (Initial Public offerings) as this is the first time the said private company offers market/people to become the owner of the company with the equivalent weightage of the IPOs they would be buying. It is said as the Company went public and now this company will be called as Public Limited Company.  In our example, say A has bought the IPOs issued by the company X. This market where IPOs are sold and bought is called Primary Market. Hence we can say A has bought IPOs from Primary market. Company X got the money and A got the IPOs (New Shares). Now if A wants to sell the IPOs , She/he can sell it in the Secondary market (stock exchange). Say A has sold the same shares (Now it will not be called as IPOs) to B in the stock exchange. Here B got the share of company X and A got his money. There could be some change in price between what A had paid to the company and what A received from B. Accordingly A will be having profit or loss in the buying and selling. It is to note here that in the transaction of shares of company X between A and B, Company X is getting nothing. Company X has already got the money from A. Earlier A was the owner and one after selling shares to B, B has become the owner of the company with equivalent weightage of her/his share.  The same shares which are in the hand of B rightnow could be sold to C and further could be sold to D, meaning trading of this share started. Various Stock Exchanges like BSE, NSE, LSE etc, provide the trading platform. Companies after issuing IPOs, are required to register in these stock exchanges (listed) so that the public/market can trade (buy and sell) their shares. Indices like sensex and Nifty show the extent of demand of these shares in the Bombay Stock exchanges and national Stock Exchanges respectively. If more people want to buy shares and less people want to sell, it means there is more demand for shares. Sensex or Nifty will go up in this case. It could be understood in a way that if the company’s  prospect is good, earning profit or likely to do good in future, everybody wants to become the owner of the company and would be wanting to buy shares or if they have, they won’t be selling. Accordingly Sensex or Nifty go down if more people are selling shares of the company in a fear that shares price can go down in future as companies either are not doing good at present or could face losses in the future. You won’t like to become the owner of a company which is facing losses, as the value of shares of the company owned by you will come down.

Sensex/ Nifty – Sensex comprises 30 largest traded company’s shares of BSE, whereas Nifty is a pool of 50 most traded company’s shares in NSE in terms of Free Float Market Capital (FFMC). FFMC is calculated by multiplying the number of shares with the current value of shares which is held among the public (excluding the shares of core owners or institutional owners). It means FFMC is the capital which is given by the public to the company (on the face value of shares) and at the same time this much capital on the basis of shares are being traded (buying and selling) at the platform of stock exchange. Now Sensex is calculated by dividing the FFMC at Current price by FFMC at base year price multiplied by 100. Base year for NSE is 1995 and for BSE is 1978-79. Hence essentially Sensex or Nifty or any index of any stock exchange compares the current prices of shares with the prices which were at base year and thus shows the trend of the market and business.

They both give an opinion as to where the market is headed on a particular day. The direction which the Sensex of Nifty companies’ shares go in on a particular day usually represents where the other companies are going will go. It won’t be true everytime. Investors just get an overall idea of the general trend of the business and economy of the country. But it’s not true that this happens everytime. It just gives you an overall idea of where the general market trend is.

(FPOs – If the same private limited company X ,which  became public limited after issuing IPOs, needs more funds, can issue new shares, which is called Further Public Offerings or FPOs. This share will be sold in the Primary market, not in the Stock Exchange. It means the Public/market will be buying these new shares (FPOs) from the company directly.

As in the above example the shares are issued and traded, similarly Bonds, Debentures, Securities or Derivatives are issued and traded and collectively called the Financial Assets. The market of shares/stocks is said as Equity Market while market of bonds/debentures/securities/ derivatives or any debt instruments is termed as Debt Market and both combinedly called as Financial market.

In this article you will get all information about Stock Exchange and News like Sensex goes up, Nifty moving down. Todays Current Affairs.