The Supreme Court will recheck whether The Constitution (103rd Amendment) Act, which gave 10 percent reserved seats for Economically Weaker Sections (EWS) in government jobs and admissions, violates the basic structure of the Constitution.

What is Constitutional Amendment Act 103? 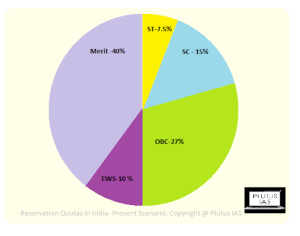 How does the law determine the EWS?

On what basis the law has been challenged?

What has been the government’s stand in this matter so far?