The topic is based on how the language of Bihar like Surjapuri and Bajjika impacts Indian Polity and Governance-Constitution.

The dialect Surjapuri is a mix of three languages Bangla, Urdu, and Hindi, and spoken primarily in Kishanganj and some other parts of Seemanchal in Northeastern Bihar, including the district of Bihar Katihar, Purnia, and Araria and also in contiguous parts of West Bengal.

The common speakers of this language are Muslims Surjapuri Muslims, who primarily live in Krishanganj, 70% of the population of the district is Muslim. In spite of the fact that the dialect has nothing specific to do with religion. 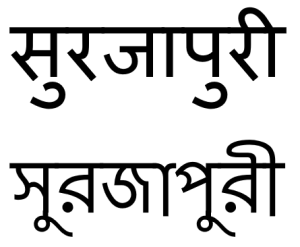 On the other hand, the Bajjika is not as popular as other dialects like Bhojpuri and Maithili. Bajjika is a mix of Hindi and Maithili and is one of the five dialects spoken in Bihar. and basically, this language is spoken in Vaishali, Muzaffarpur and part of Sitamarhi, Sheohar and Samastipur. About the 8th Schedule

14 languages were included in the constitution initially.

The idea behind it

Looking for Everyday Current affairs for UPSC assessment for expanding your overall performance. For competitive examinations like UPSC, IAS, SSC, and others, Plutus IAS provides daily current affairs for the UPSC examination. Any IAS aspirant can get benefit from reading Current Affairs for IAS exam to learn about national and international news in this day.

The reasons for choosing Plutus IAS for Current affairs

For getting more information on Daily Current Affairs, please follow our online classes: