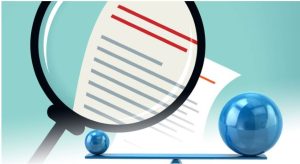 THE NEED FOR A NEW ACT

India is the world’s second-largest telecommunications market with a subscriber base of 1.20 billion. In 2021, the Government allowed 100% foreign direct investment (FDI) via the automatic route in the telecom sector which was previously capped at 49% . The sector is a key river of economic growth and social development.

Hence, it is imperative to secure affordability and accessibility of telecommunication services. It is also necessary to ensure that the communication is safe and secure in line with Right to Privacy under Article 21 of the Constitution. Moreover, spectrum benign a public good and hence it is the responsibility of the government to ensure it’s proper management

KEY FEATURES OF THE BILL

While the reforms were much needed to keep up with the rapidly evolving digital ecosystem affecting the telecom sector, some concerns need to be addressed:

There is a need to resolve the bottlenecks of the telecom sector which has led to large unpaid dues adding to the burden on the government’s financial liabilities. But this needs to be done while respecting privacy of individuals and establishing strong oversight by independent regulatory bodies to have a win- win scenario.

https://bit.ly/3dDJEwO (The Indian Express)(What is the draft Telecom Bill, and what changes it aims to bring)