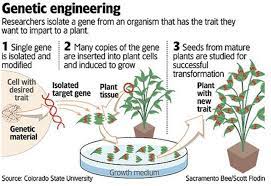 India spends more than 60,000 core in importing edible oils from Malaysia and Indonesia which results in excessive flow of dollars. DMH-11 will increase the yield of Mustard which will reduce the need to import edible oils.

Detrimental to health: Due to the presence of Bar gene, which makes DMH-11, a herbicide-tolerant plant, which could prove fatal for the health of individuals.

Affects Biodiversity: The spray of herbicides does not affect the well-being of plants but affects the surrounding environment and biodiversity.

Water-Guzzler: DMH-11 requires a huge amount of water and fertilizers which is not environmentally sustainable.

Potential Negative effects: Due to lack of scientific studies, the negative health effects could not be discounted.

1. GM mustard has the genes of a soil bacterium that give the plant the property of pest-resistance to a wide variety of pests.

2. GM mustard has the genes that allow the plant cross-pollination and hybridization.

3. GM mustard has been developed jointly by the IARI and Punjab Agricultural University.

Which of the statements given above is/are correct ?