Why in News: The Prime Minister, Shri Narendra Modi addressed the Har Ghar Jal Utsav under Jal Jeevan Mission via a video message and Explained the Mission.

One lakh villages in different states of the country have turned ODF plus. There cannot be a better beginning for Amrit Kaal. 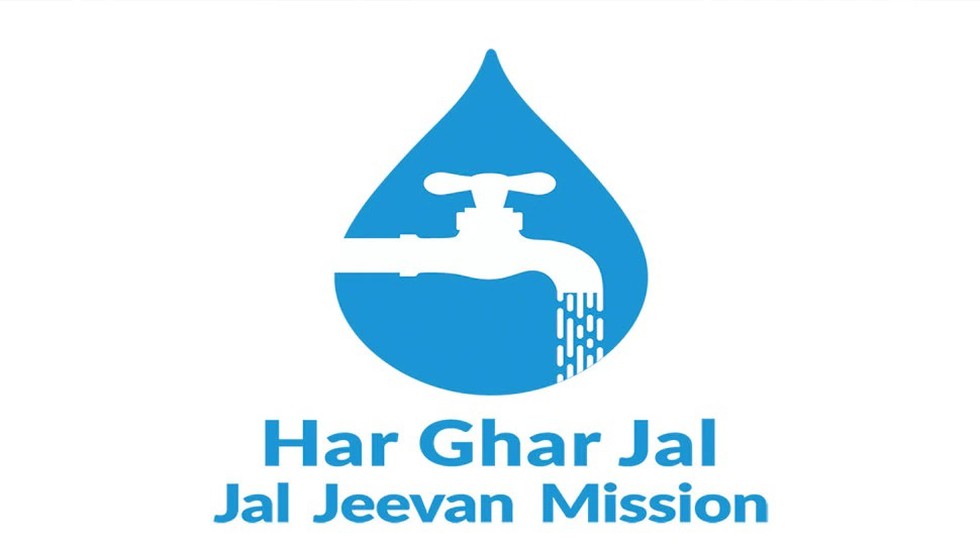 7 crore rural households connected with piped water in just 3 years compared to just 3 crore households in 7 decades. This is an example of the same human-centered development.

Jal Jeevan Abhiyan is not just a government scheme, but it is a scheme run by the community, for the community. People’s power, women’s power, and the power of technology are powering the Jal Jeevan Mission

At the outset, the Prime Minister shared every Indian’s pride in three important milestones related to the huge goals that India is working on in Amrit Kaal, that were accomplished.

Today 10 crore rural households in the country have been connected to piped clean water facilities. This is a big success of the government’s campaign to deliver water to every household. This is a great example of ‘Sabka Prayas’”.

he congratulated Goa for becoming the first Har Ghar Jal-certified state where every household is connected to piped water. He also acknowledged Dadra Nagar Haveli and Daman and Diu as the first Union territories to achieve the feat.

The Prime Minister lauded the people, government, and local self-government institutions for their efforts. He informed me that many states are going to join the list very soon.

the Prime Minister informed us that one lakh villages in different states of the country have turned ODF plus. After the country was declared Open Defecation Free (ODF) a few years ago, the next resolution was to achieve ODF-plus status for villages i.e. they should have community toilets, plastic waste management, grey water management, and Gobardhan projects.

Underlining the water security challenge that the world is facing, the Prime Minister said that water scarcity can become a huge obstacle in accomplishing the resolution of Developed India – Viksit Bharat. “Our government has been working relentlessly for the last 8 years for the projects of water security”, he said. Reiterating the need for a long-term approach above a selfish short-term approach, the Prime Minister emphasized “It is true that to form a government, one does not have to work that hard as one has to work to build a country. We have all chosen to work for nation-building.

That is why we are working on the challenges of the present and the future. Those who do not care about the country, are not bothered about spoiling the present or future of the country. Such people can definitely talk big, but can never work with a big vision for water.”

Talking about the multi-pronged approach of the government to ensure water security, the Prime Minister listed initiatives like ‘Catch the Rain’, Atal Bhujal Scheme, 75 Amrit Sarovar in every district, river-linking, and Jal Jeevan Mission. He said that the number of Ramsar wetland Sites in India has gone up to 75, out of which 50 were added in the last 8 years.

“There cannot be a better beginning of Amrit Kaal”, the Prime Minister said, lauding the feat of connecting 7 crore rural households with piped water in just 3 years whereas in 7 decades since Independence only 3 crore households had this facility. He said “There were about 16 crore rural households in the country, who had to depend on outside sources for water. We could not have left such a large population of the village fighting for this basic need.

That’s why 3 years ago I had announced from the Red Fort that every house would get piped water. 3 lakh 60 thousand crore rupees are being spent on this campaign. Despite the interruptions caused by the biggest epidemic of 100 years, the pace of this campaign did not slow down. The result of this continuous effort is that in just 3 years, the country has done more than double the work done in 7 decades. This is an example of the same human-centered development, which I talked about this time from the Red Fort” He said as the main sufferer of the problems related to water, women are at the center of the government’s efforts. It is improving the ease of living for women and giving them a key role in water governance. “Jal Jeevan Abhiyan is not just a government scheme, but it is a scheme run by the community, for the community”, he said.

The Prime Minister said that four pillars are at the basis of the success of the Jal Jeevan Mission i.e. people’s participation, stakeholder participation, political will, and optimum utilization of Resources. Local people and Gram Sabhas and other institutions of local governance have been given an unprecedented role in the campaign.

Stakeholder participation is evident in the enthusiasm shown by panchayats, NGOs, educational institutions, and all the ministries. Similarly, achieving much more in just 7 years than what was achieved in the last 7 decades indicates political will. Optimum utilization of resources is reflected in synergizing with schemes like MGNREGA.

Saturation of piped water will also eliminate the possibility of any discrimination, he added.

Referring to the use of technology like geo-tagging of water assets and Internet of things solutions for water supply and quality control, the Prime Minister pointed out that people’s power, women’s power, and the power of technology are powering the Jal Jeevan Mission.