The Supreme Court has referred to a larger Constitution bench of 5 judges the issue of framing uniform norms for awarding the death sentence The 3 Judge bench headed by CJI UU Lalit observed that the prevailing practice “places the convict at a hopeless disadvantage, tilting the scales heavily against him”. This move is hailed as a much-needed reform in awarding death penalty since there exist differences of opinion and approach in deciding whether the Court is obligated to hold a separate hearing of sentencing after recording the conviction of the accused for a capital offense. 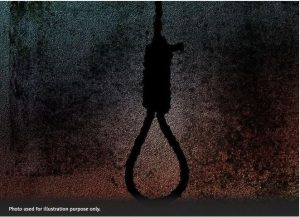 THE NEED FOR UNIFORMITY

Awarding a death sentence is a serious matter and trial courts should do so only after thoroughly weighing and balancing the aggravating and mitigating circumstances. The accused should be allowed to lay down mitigating factors at the initial stage only and a humanistic approach is needed. The drafting of uniform guidelines by the Supreme Court will give much needed clarity to the issue. There needs to be additional review of the fact whether death penalty is needed since it has been done away in majority of the developed and developing countries Law Commission Report, 2015 on Death Penalty recommended abolishing death penalty and retaining it only for terrorism related offences and waging war against the country. A reformative approach to punishment in need of the hour.

https://bit.ly/3S42w7h (The Indian Express)(Life and death: The Supreme Court’s initiative to raise the bar on capital punishment is welcome)

https://bit.ly/3SjEgxA (The Indian Express)(Approach to death penalty: Why Supreme Court has decided to settle differences among judgments)