Mains GS paper  II: Indian Constitution, Government policies and interventions for development in various sectors and issues arising out of their design and implementation.

Who are considered minorities in India?

In T.M.A Pai’s Case, the 11-judge bench judgment of the Supreme Court had clearly set that linguistic and religious minorities must be identified at the state level rather than at the national.

Despite this, Under Section 2(c) of the National Level Act 1992, the Centre has the “unbridled power”  to inform Minorities. 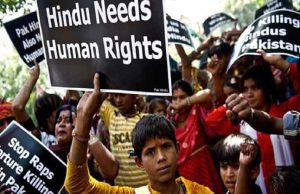 It is a fact that liberal democracy is known for the protection of minorities. This is what Ambedkar believed to be a crucial test for a democracy that believes in the dignity of Individuals. The recognition of the rights of Hindus will enhance the quality of democracy in India itself.

Why India’s minority groups are not in danger