This article covers “Daily current events “and the topic is about the ‘India China trade deficit ’ which is in news, it covers “International relations” In GS-2 and GS-3, and the following content has relevance for UPSC.

For Mains: GS-2, GS-3, India and its neighborhood, Growth, and development

How do the trade ties between China and India stand

Differences in the trade between India with China and the US 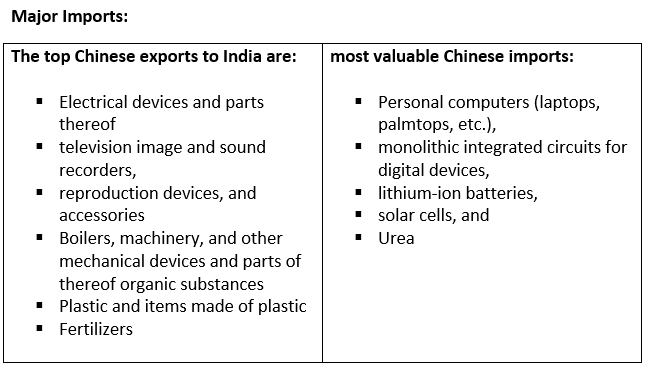 Among the biggest exports were :

What has India done to combat China’s over-reliance?

Different from the trade balance

Way ahead of India China Trade