Relevance for Mains: Significance of Millets 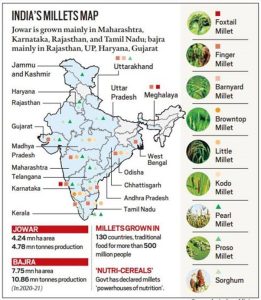 With reference to ‘Initiative for Nutritional Security through Intensive Millets Promotion’, which of the following statements is/are correct? (2016)

Select the correct answer using the code given below: