It has been 30 years since the passage of the 73rd Constitutional Amendment Act, 1992. Though the act envisaged various reforms to strengthen grassroot democracy, yet very little progress has been seen and Panchayati Raj institutions still lack the power to function as democratic decentralized institutions. 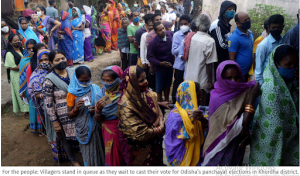 ISSUES WITH THE FUNCTIONING OF PANCHAYATS

To enable local government to truly function as grassroot democracy, several reforms need to be undertaken to strengthen their functioning

G.V.K. Rao Committee once called Panchayati Raj institutions “ grass without roots”. It is necessary to ensure this doesn’t happen and that local governance is strengthened to the core.