For Mains: Reforms in Education Sector

Recently, Prime Minister Narendra  Modi announced that 14500 schools across India will be upgraded to exhibit the components of the National Education Policy(NEP),2020. 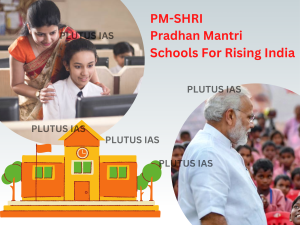 What is PM –SHRI?

The key features of the scheme:

Where will the PM SHRI schools come up?