Relevance for Mains: Working and Application of CRISPR Technology

Context: According to a research report, Gene-Editing Technology has nearly unlimited potential and has produced flawless results in clinical trials. 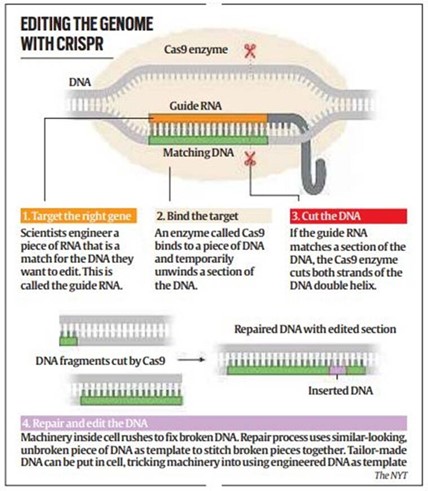 It does not involve the introduction of new genes from the outside which has been done for several decades, particularly in the field of agriculture. Example: Genetic Modified Crops such as BT Cotton in India.

The gene-editing tool has brought a new epoch to humanity, but it could turn out to be a boon or bane which depends upon the purpose for which it is used. India’s issuance of guidelines is the right step in the direction where research involving gene editing will be strictly monitored.