Detail on Topic “The Mediation Bill-2021”

The Parliamentary Standing Committee on Law and Justice has recently completed the review of the Mediation Bill, 2021. It has recommended various changes to the bill. The bill was introduced for institutionalizing mediation in India and establishing the Mediation Council of India. 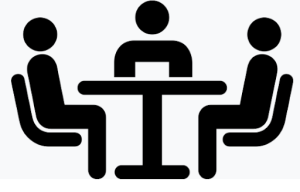 ADR is the process by which disputes between the parties are settled or brought to an amicable result without Judicial intervention. Hence, disputes are settled outside the traditional court system. This ensures efficiency and speedy justice. It can be of the following types:

HIGHLIGHTS OF THE MEDIATION BILL, 2021

NEED OF THE BILL

ISSUES WITH THE BILL

It is imperative to hold consultations with all stakeholders. During the Ease of Doing Business rankings, India ranked poor in enforcing contacts. The Mediation Bill is a significant step to improving this and providing speedy justice. The issues of the bill should be addressed to make India an international mediation hub for easy business transactions.