Amendment in Indian Administrative services (cadre Rule ) 1954 : Whether it is against federalism ? An Analysis

Home > Current Affairs  > Amendment in Indian Administrative services (cadre Rule ) 1954 : Whether it is against federalism ? An Analysis

24 Jan Amendment in Indian Administrative services (cadre Rule ) 1954 : Whether it is against federalism ? An Analysis 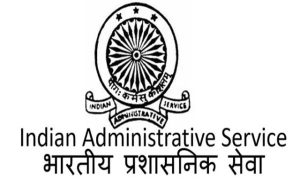 Why is the State Protesting Against It ?  The Hindu Analysis

This amendment could be misused and a sense of instability and ambiguity is likely to arise among the officers of the all India services . This is the real concern of all the states where a non-BJP government is in power .

In fact these officers are appointed to a very important post of the state s and after this amendment a sense of insecurity and instability would also emerge . Deputation must be done after the recommendation of the state government

There would be confusion in the discharge of official responsibilities by those officers who are appointed in those states where the ruling party is against the ruling political party of central level. Because of such political pressure , the IAS officers would not work properly and in this way administrative efficiency would be affected. During the time of election , central government can misuse his power

Definitely , the amendment in the service rule for the officers of All India services reading their deputations in the ministries of the central government is controversial because it is hampering the federalism of India which is the basic structure of India. Through this central government , on one side can control over the administrative authority of the state and on other side central government can use this power to influence the election .Therefore , if such amendments , definitely government should look into matter and the grievances of the states in this regards must be addressed